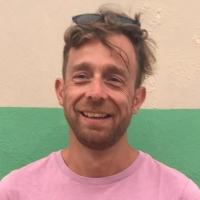 Principal designer behind the BBC Micro and the ARM microprocessor, Prof Steve Furber recalled the arrival of the first ARM processor in a Centre for Computing History blog post.

“At 1pm on April 26th 1985, the first ARM microprocessors arrived back from the manufacturer - VTI. They were put straight into the development system which was fired up with a tweak or two and, at 3pm, the screen displayed: ‘Hello World, I am ARM’.”

1985 was also the year of the Commodore Amiga launch, the first Microsoft Windows release, the founding of NeXT Computers and the birth of the Intel i386 chip.

Apple has since invested a lot in ARM, first failed with devices like Newton, but later on succeeded with the iPhone and iPad. I believe families have more ARM-based devices in their household than Intel or other chipsets.

To infinity and beyond…

You may also enjoy